Investing for Your Values, but Betting on Growth 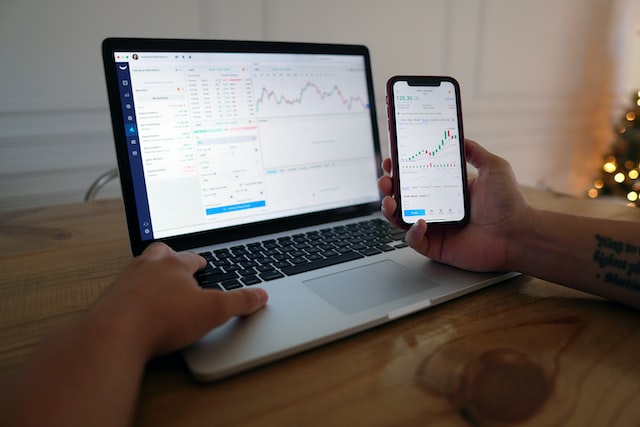 One of the pitches for socially conscious stock funds has been that their performance won’t differ that much from the stock market’s. In theory, that lets you invest according to your values while approximating the market’s return.

This year’s stock market swoon has shown that to be painfully true — and then some. Socially responsible stock funds haven’t just fallen in step with the S&P 500. They’ve sunk a bit more.

The stock funds tracked by Morningstar dropped about 26.4 percent this year through Sept. 30, while the S&P 500 was down about 23.9 percent.

Whatever you call them, something these stock offerings share with many large-capitalization stock funds and exchange-traded funds is that they often own a lot of technology companies.

Many of the funds favor what investment professionals call growth stocks, which include technology names. This year’s market has battered growth stocks, while their antitheses, value stocks, have fared better.

“There are probably a lot of E.S.G. investors who didn’t know they were overweight growth,” said Jennifer Ellison, a financial adviser with Cerity Partners who is based in San Francisco. “But they’re waking up now and asking, ‘Why is my E.S.G. fund underperforming?’ We’re having a lot of those discussions with clients.”

What’s the difference between growth and value stocks, and why does it matter to E.S.G investing?

You could say growth stocks are favored by seers — people who years ago imagined that Google’s ability to vacuum up data from online searches could yield more than just a better search engine. (Google’s parent company is now called Alphabet.) Value stocks are favored by bargain hunters — people who today may envision General Electric not as an aging industrial conglomerate but as a sturdy collection of assets trading at a discount.

Sometimes — as was the case for much of the last decade — the stock market favors growth stocks. Other times — like this year — it favors value stocks. The S&P 500 Growth Index fell 30.4 percent through Sept. 30, while the S&P 500 Value Index dropped 16.6 percent.

In theory, investors with diversified portfolios should own both growth- and value-oriented funds — or a single fund with roughly balanced allocations of growth and value stocks.

An example of an actively managed socially conscious, or sustainable, fund with such a portfolio is the Vanguard Global E.S.G. Select Stock Fund. It has an expense ratio of 0.56 percent and has returned an annual average of 7.7 percent since its 2019 inception, though it is down 23 percent for the year through the third quarter. It owns a mix of U.S. and foreign stocks, and tech stocks account for only about 15 percent of its holdings.

The recent woes of many socially responsible stock funds and E.T.F.s raise the question why they have tilted toward growth stocks.

Part of the reason is that early E.S.G. clients tended to be driven mainly by their values, said Michelle Dunstan, chief responsibility officer for AllianceBernstein.

Funds catered to those clients by excluding environmentally damaging businesses, like nuclear power producers, and holding the best-of-the-best E.S.G. performers, she said. That led them toward growth ones like technology and consumer discretionary stocks.

Ms. Dunstan said sustainable strategies are now seeking out companies trying to improve their E.S.G. performance. She said AllianceBernstein, in its research, hasn’t been able to connect good E.S.G. ratings with stocks outperforming their peers.

“But we have made a link with improvement in E.S.G. ratings and outperformance. These companies aren’t just improving their E.S.G. ratings — they’re trying to become better companies overall.”

“Generally speaking, if you took the entire universe of stocks and evaluated them based on E.S.G. metrics, growth stocks would score higher than value stocks,” he said.

Many of the funds also bar companies that own fossil fuel reserves or depend heavily on fossil fuels in their operations. That knocks out not only much of the energy companies but also some manufacturers and utilities, other common value plays. Energy has been by far the best-performing sector this year, returning nearly 35 percent through Sept. 30.

Only a few other sustainable value funds and E.T.F.s exist.

The biggest actively managed offering in the niche is the Parnassus Endeavor Fund, headed by Billy Hwan. Over the five years that ended Sept. 30, the fund, with a net expense ratio of 0.88 percent, returned an annual average of 9 percent; it lost 24.2 percent this year through Sept. 30.

Its largest holding is Merck, a pharmaceutical company that Mr. Hwan said he bought when its future looked uncertain. “They had an overreliance on one drug” — a cancer treatment called Keytruda — “but were investing hugely in R.&D.,” he said. “New management came in and diversified their revenues. A year and a half later, it’s one of our better performers.”

Jordan Farris, head of E.T.F. product for Nuveen, said his company’s E.T.F. aims to give investors risk and return similar to a typical value fund but with sustainability considerations factored in. The E.T.F.’s holdings — it has about 100 — have “higher E.S.G. scores and low carbon-emissions intensity,” he said.

“Investors often assume E.S.G. funds are low carbon, but that’s not necessarily the case,” he said. “We remove companies that own coal, oil or natural gas that’s still in the ground. This makes our product align with investors’ perceptions of what E.S.G. means.”

The fund, with an expense ratio of 0.25 percent, has returned an annual average of 5 percent over the last five years.

Why does a nonprofessional need to care about subtleties like growth versus value stocks and how much a fund holds of each?

Some socially conscious funds, like Vanguard’s E.S.G. offering, save you from that worry. These are often referred to as core or blend funds.

The Northern U.S. Quality E.S.G. Fund is similar in its investments. Its managers pair E.S.G. evaluations with assessments of financial quality and end up with a blended portfolio intended to be less risky than the typical sustainable stock fund.

“You really need to control the unintended risk of E.S.G. investing,” he said. “If you’re naïve, you’ll be underexposed to energy and utilities and underweight the U.S., and that’s a lot of extraneous risk.”

The Northern Trust fund’s sector allocations look much like those of its non-E.S.G. benchmark, the Russell 1000. Since the fund’s inception in October 2017, its performance has nearly matched the benchmark’s, returning an annual average of 9.5 percent versus the index’s 11.7 percent. It lost 24.6 percent this year through Sept. 30. The fund has a net expense ratio of 0.49 percent.

The reason to aim for a balance of growth and value stocks, whether in one fund or across your portfolio, isn’t just to achieve a finance professor’s vision of an ideal asset allocation.

A portfolio with more balanced risks is one that an investor is more likely to stick with in turbulent times, like the current market, said Wendy Cromwell, head of sustainable investment for Wellington Management.

The trouble with owning sustainable funds — or any funds — that load up on growth stocks is you’ll be tempted to bail out when growth stocks sink, she said. (The same would be true if you owned value-oriented funds when value sagged.) Research shows that retail investors trade too often and buy and sell at the wrong time.

“It can be really hard for retail investors to hold the line when the opposite style is outperforming,” she said. “But the trick is to stick with your long-term plan. You want to invest in funds that help you overcome your own bad tendencies.”